The impacts of the climate crisis were felt across Canada this summer as extreme heat, drought, wildfires and flooding. As a way to draw attention to how Canadian lakes are being impacted by climate change, Living Lakes Canada invited people across the country to submit photos of their favourite lakes to the Lake Biodiversity Photo Challenge from May to July.

The Photo Challenge was an incredible success with 160 photos of more than 125 lakes submitted. Winners were selected in four different categories: Most Impactful, Most Biodiverse, Kids’ Category and Public Favourite. Tovah Barocas, the president of the Canadian kids’ conservation organization Earth Rangers, had the honour of choosing the winners in the Most Biodiverse and Most Impactful categories.

Tim Hicks won Most Impactful with his night photo of Slocan Lake, BC. “I was really struck by the contrast between the natural light from the stars and the lights from the communities across the lake. It made me think about what our world could be like if people and nature lived harmoniously,” said Barocas. “It’s also just a beautiful photo.”

Slocan Lake, BC by Tim Hicks

Laurel Dawn won Most Biodiverse with her stunning shot of Eva Lake, also in BC. “This photo is so alive with plant diversity and even though it doesn’t include any animals, it immediately made me think about all the life that ecosystem must support and how teeming it must be with insects, fish and other animals just out of frame,” Barocas commented. 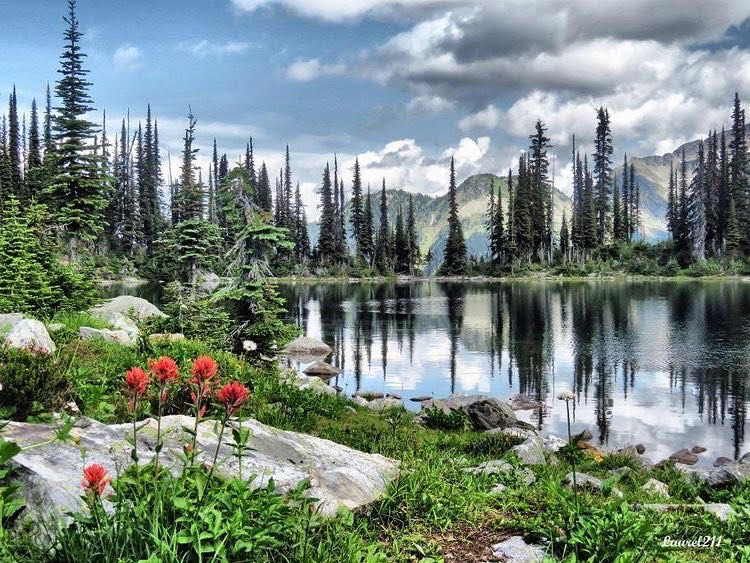 Eva Lake, BC by Laurel Dawn

The clear Public Favourite winner, based on social media feedback across Instagram, Facebook and Twitter, was Arni Stinnissen with his iconically Canadian shot of a moose in Lake Opeongo located in Algonquin Park, ON at sunset. 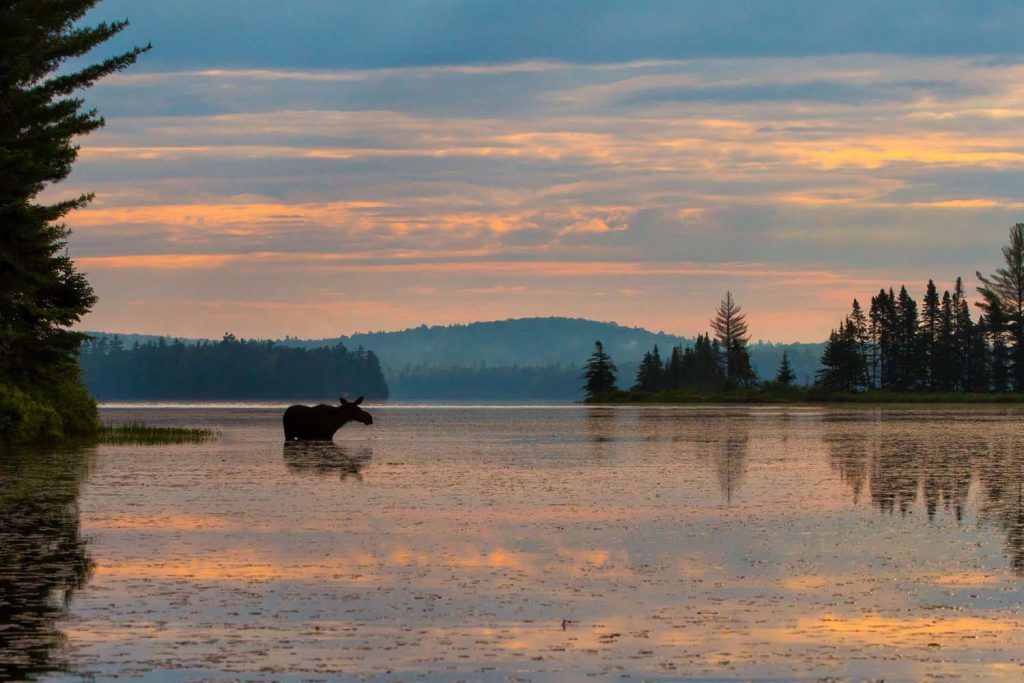 Lake Opeongo in Algonquin Park, ON by Arni Stinnissen 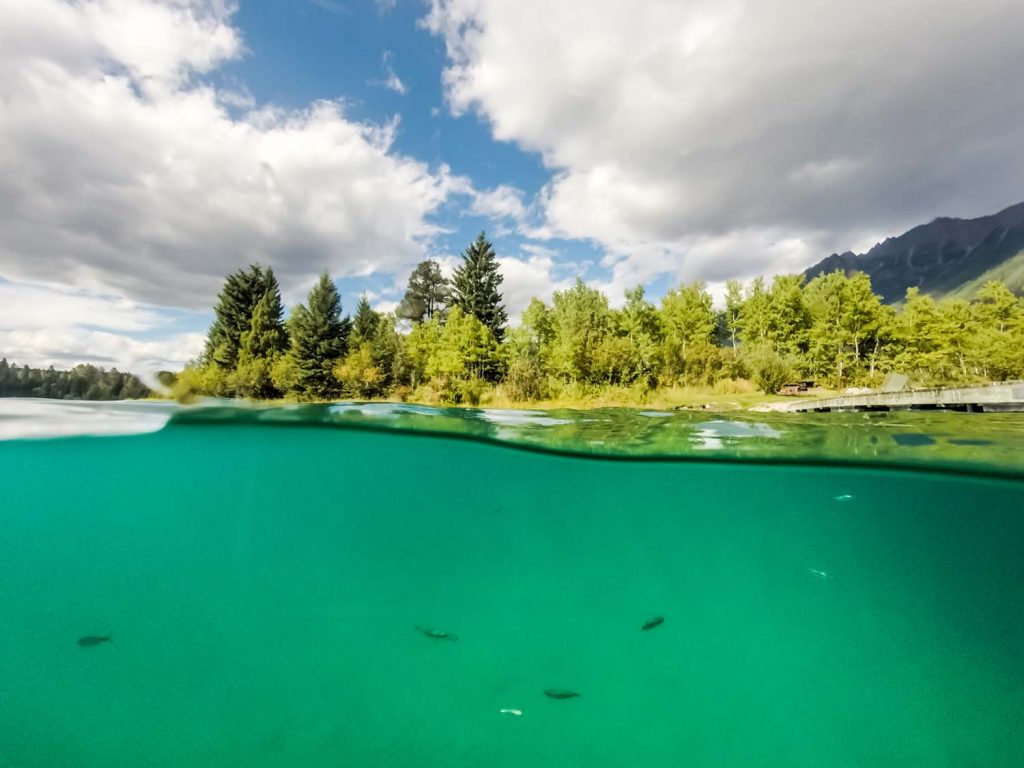 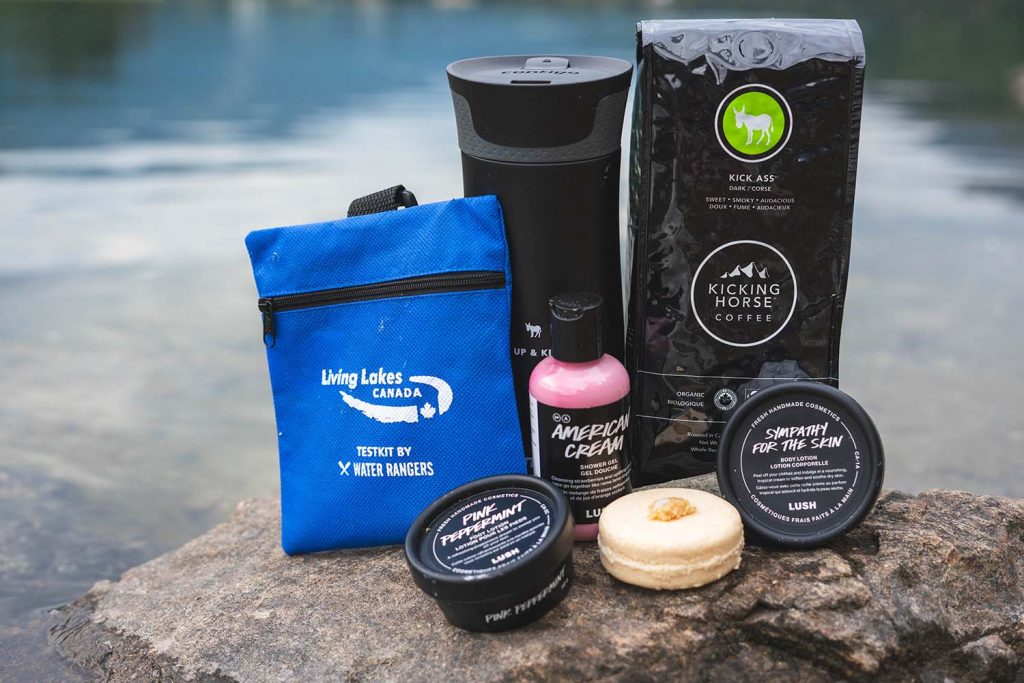 All winners will receive great prizes from two popular environmentally conscious companies: Kicking Horse Coffee and Lush. The Photo Challenge was made possible thanks to funding from an RBC Tech for Nature grant.

The Photo Challenge was part of LLC’s inaugural National Lake Blitz program, a community-based lake monitoring initiative that provides volunteer participants from coast to coast with easy-to-use water monitoring tools to help them take personal responsibility over their local lake and monitor for climate change impacts. To learn more, to get involved next year visit lakeblitz.livinglakescanada.ca. or email the Lake Blitz Coordinators at lakeblitz@livinglakescanada.ca.

The majority of Photo Challenge submissions were of lakes in British Columbia and Ontario, with the most photographed lakes being Kootenay Lake (BC) and Lake Huron (ON). Alberta lakes were the next most popular submissions followed by lakes in Saskatchewan and Quebec. The entire geo-referenced online gallery can be viewed at: https://livinglakescanada.ca/our-programs/lakes/lake-biodiversity-photo-challenge/.

Sign up to receive our quarterly newsletter: the Living Lakes Canada News Stream. Sign Up or Read Past Issues

You can help Water Stewardship across Canada. Invest Today. 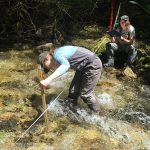 Training to train others in community-based water monitoringNews 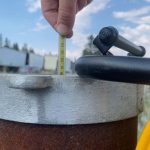